June 19, 2017 – Vancouver, BC: Riverside Resources Inc. (“Riverside” or the “Company”) (TSX-V: RRI), has completed an initial nine-hole diamond core drilling program at the 4 km² Pitaya Target within the 36 km² Glor Gold Project (the “Project”), which is being explored with funding by partner, Centerra Gold Inc. (“Centerra”). The Project hosts five key target areas and is located approximately 8 km west of Alamos Gold’s El Chanate Mine in Sonora, Mexico. The recently completed drill program focused on the Pitaya Target located in the north-eastern sector of the Project, which had been defined by partner-funded soil geochemistry and induced polarization geophysical surveys and then further investigated with mechanical trenching and chip-channel sampling (see Company press releases issued on February 15 and April 17, 2017).

Assay results have now been received for all nine drill-holes, which together total 1,942 metres in length. The longest hole was 285 metres. Drill-hole GL17-002D yielded the best intersection of gold mineralization of the campaign: 11.0 metres averaging 0.591 grams gold per tonne (g/t Au) starting at 122 metres down the inclined drill-hole. The highest gold value included in this assay interval is 1.415 g/t Auover 1.0 metre of core. The other eight drill-holes intersected sporadic thin zones of gold mineralization that generally graded less than 0.4 g/t Au across 1.0 metre, with the best of these intercepts being a 2.0 metre interval in GL17-004D that averaged 0.466 g/t Au.

Riverside’s President and CEO, John-Mark Staude, stated: “Given the trench sampling intervals gave disseminated gold values in the range of 0.5-1 g/t Au at the Pitaya Target, we are surprised that this initial drill campaign didn’t manage to replicate these results. We’ve been mapping and sampling the larger Glor tenement finding numerous areas with gold and remain positive on the Project’s potential. So far we’ve developed five target areas and have only trenched and drilled one. The four additional target areas will be field sampled and worked on in the coming months to determine if another drill program will be pursued.” 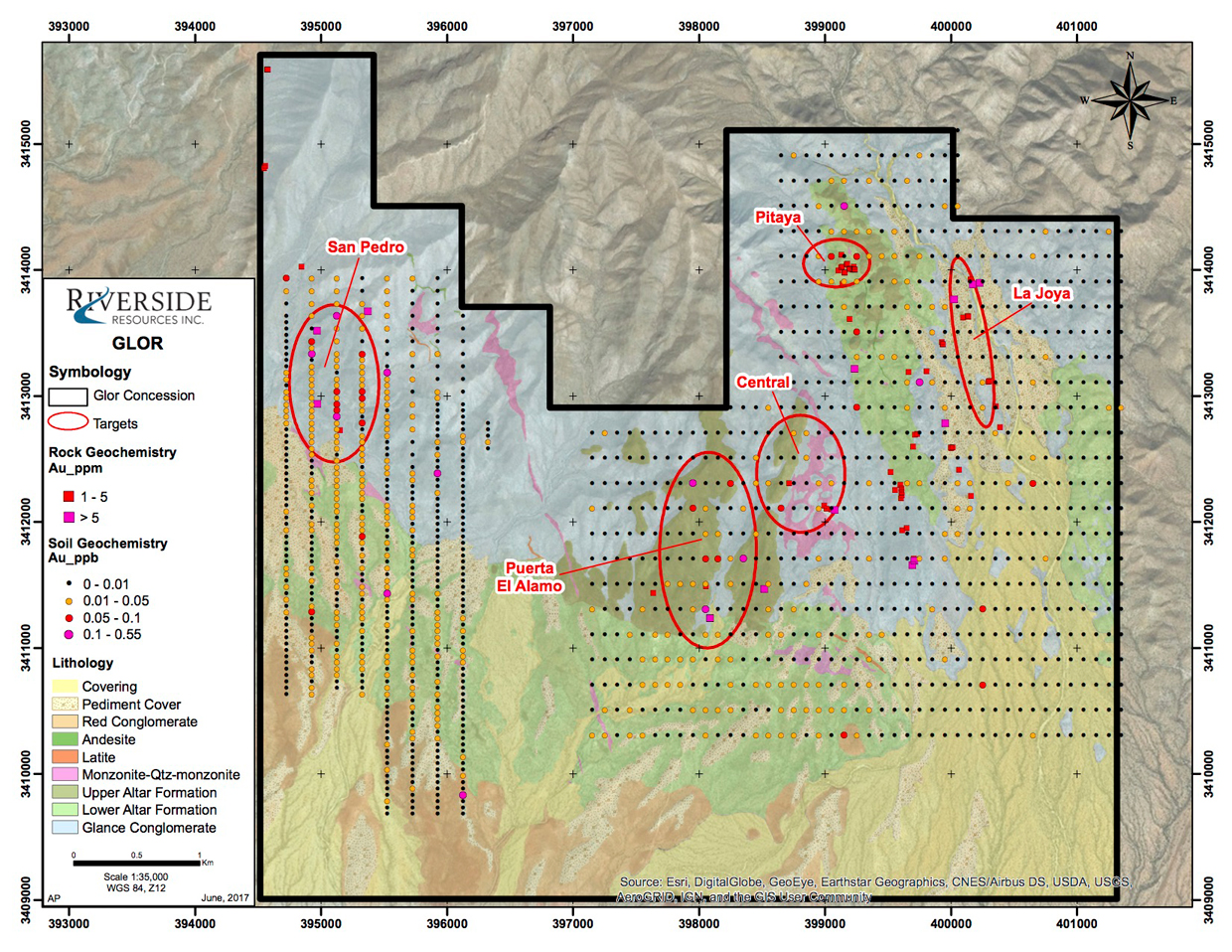 Figure 1: Map of the 5 Target Areas at the Glor Project

Additional Drill Program Details:
The gold assay results for the 9-hole drilling campaign are in general weaker than the assay results that were obtained from the chip-channel samples collected from the trenches in the immediate area of the Pitaya drill-holes. A possible explanation for the discrepancy between the drilling and trench sampling results is that the extensive mineralization sampled on surface transect in trenches Tr-01 and Tr-02 occurs in a zone of altered andesite that is exposed along an easterly inclined dip-slope in the local topography. (Drill-hole G17-002D appears to have perpendicularly intersected the subsurface down-dip continuation of this zone of gold mineralization (see Figure 2) indicating a true thickness of approximately 11 meters. 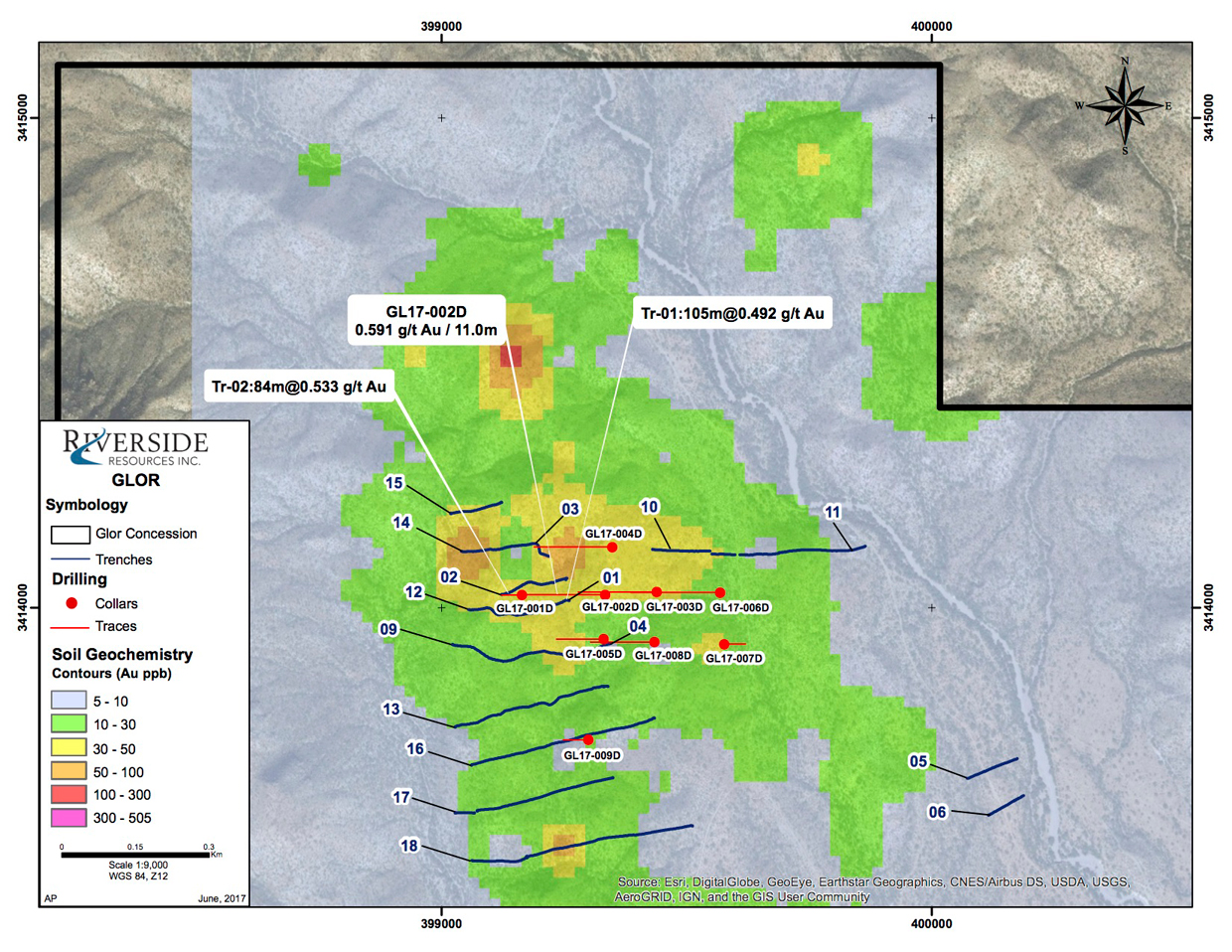 Figure 2: Compilation map of the north-eastern sector of the Glor Project showing Au-in-soil anomaly, drill holes and trenches completed at the Pitaya Target

There is a spatial relationship between gold and arsenic (As) at the Pitaya Target, where core samples having gold concentrations greater than 0.3 g/t Au are seen to have As contents of 5,000 ppm and greater. The drill-hole sample containing 1.415 g/t Au showed an As content of >10,000 ppm As. This feature is similar to other orogenic gold systems in north-western, Sonora and indicates the district is the type of region that could be fertile for a new gold discovery.

Although the drilling of the Pitaya target area did not produce an economically significant discovery, much has been improved in the understanding of controls on gold mineralization, which are now being applied to the overall Glor Project. Project geologists are in the field investigating other geochemical survey anomalies on the Project with the objective of refining existing target areas and defining new high-potential drill targets. Particular attention will be given to the rock and soil geochemistry, structural geology, ground magnetic data and utilizing induced polarization as a tool to refine the targets. Fieldwork will continue to be funded by Centerra through the next quarter and, if sufficiently prospective gold targets are generated, a second round of drilling will possibly be completed before the end of the year.

Qualified Person and QA/QC:
The scientific and technical data contained in this news release pertaining to the Glor Project was reviewed and prepared under the supervision of Locke Goldsmith, P. Eng., P. Geo., a non-independent qualified person to Riverside Resources who is responsible for ensuring that the geologic information provided in this news release is accurate and acts as a “qualified person” under National Instrument 43-101 Standards of Disclosure for Mineral Projects.

All drill cores were photographed, geologically logged and then sawed in half to provide samples for gold assaying and multi-element ICP mass spectrometry analysis, which was done by Bureau Veritas’ laboratories in Hermosillo, Mexico and Vancouver, Canada, respectively. A total of 1,246 core samples were analysed, with individual samples having core lengths of 1.0 m or 3.0 m, depending on the presence or absence of visible hydrothermal alteration. For quality assurance and control purposes 48 non-mineralized ‘blank’ samples and 83 standard samples were included with the batches of core samples that were analysed.

About Riverside Resources Inc.:
Riverside is a well-funded prospect generator exploration company with over $5,000,000 in the bank and a tight share structure with fewer than 45M shares issued. Riverside leverages its 77,000 location Mexico mineral database, highly experienced and dedicated technical team and partnership network to acquire and develop high-potential projects. The Company increases the chances of discovery by advancing multiple assets simultaneously through partnerships, allowing Riverside to mitigate risk and conserve capital. Riverside has a diverse portfolio of gold, silver and copper properties throughout North America. Riverside has additional properties available for option with more information available on the Company’s website at www.rivres.com.